Sexual selection in plants: testing for female cryptic choice and for the perception of the mating environment

Increasing evidences suggest that sexual selection has played an important role in shaping plant reproductive strategies. However, we are especially ignorant of whether plants have evolved the ability to filter mating partners based on their pollen grain characteristics during the post-pollination phase of the life-cycle, resembling a female choice. It is equally unknown whether plants have evolved some ability to perceive their reproductive opportunities and plastically adjust their vegetative and reproductive morphologies as to maximize their chances to access mates. My Marie Curie project uses a multi-disciplinary approach combining experimental evolution, paternity analyses and physiological analyses to study aspects of plant perception and filtering of mating partners. My project aims at (1) quantifying the variation between females in their style physiology during the post-pollination phase and relate it with the number of mates and with the performance of pollen grains of their partners; (2) evaluating through experimental evolution both the evolution of style morphology and physiology linked to their ability to filter pollen grains and the evolution of pollen grain performance in situations of monoandry vs. polyandry and, (3) testing empirically whether plant-plant communication allows plants to perceive their mating opportunities and the genetic diversity of their mates and plastically adjust their reproductive strategy to maximize their chances to mate.

Sexual selection is recognized in animals as a force promoting divergence of phenotypic characters between males and females. Male-male competition has been shown to trigger extreme cases of sexual dimorphism in many animal species. But, to what extant such male-male competition also explain the evolution of sexual dimorphism in dioecious plants is still poorly understood. Using experimental evolution, I am currently studying whether increased male-male competition can affect the evolution of the degree of sexual dimorphism in wind-pollinated plants. In the model herb species Mercurialis annua, I set up experimental populations grown each generation either at a low density or at a high density, thus varying the level of male-male competition. Plant height is supposed to enhance male competitive abilities by dispersing pollen from higher heights and could therefore be selected as a result of stronger competition for accessing sexual partners. I am also studying the evolution of protein expression in pollen coats thanks to proteomics to study selection on proteins involved in pollen adhesion and re-hydratation. Indeed, protein expression may be selected because of its impact on male gametophyte performance during pollen-pistil molecular interactions.
Collaborators: John Pannell, Patrice David, Etienne Klein, Jean-Claude Mollet, Arnaud Lehner

Most literature on the plant sexual system evolution consider the existence of one single resource limiting similarly all plant functions. However, several studies highlighted that ovule and fruit production are mostly limited by carbon while pollen production mostly requires nitrogen. Using optimal control theory, we are theoretically studying the optimal sex-specific resource allocation of both carbon and nitrogen and the effect of limitation in these currencies on sexual dimorphism evolution. Using Mercurialis annua as a model species, we also investigated sex-specific plastic responses to carbon limitation. 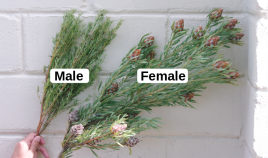